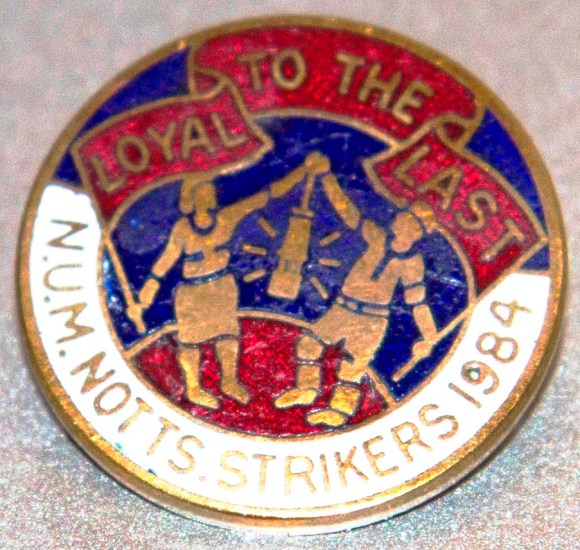 My curse is that I was just old enough to remember. Just old enough to let it mark me. Through to the bone. Forever. It both trapped and liberated me. And, for good or ill, I’ve never gotten over it. And not only do I think I never will, I long ago admitted that I don’t want to. It started on my 17th birthday and it ended on my 18th. To the very day.

I was just old enough to be full of romance, wind and piss and a heart-breaking, unshakeable black-and-white view of the world. Make of that what you will.

I’m into the second bottle now, so make whatever allowances a decent person would but Christ, I could and do, from time to time still; weep. It wasn’t just the power; the pride; the collective sense of us against them; but the little things. The smell of the Welfare on a Saturday night. Covers band in the Big Room. Dominoes in the bar with all the hard-talking, hard-drinking, best goddamn bar-room philosophers anyone ever met.

There was this Sunday dinner session, one time. The football lads rolled back in after their game. We were playing cards. Cuecan, I think it was. Fucking terrible game, if you ask me. But try shifting a bunch of miners from a time-honoured tradition like the choice of card game in the Welfare. But we’ve always played cue can.

So there’s me, Mog, Davey, Ronnie and Les at our usual table when young Gary bounced up. Nineteen, swaggering and grinning like life existed solely for his pleasure. Even by his usual standards he was unusually pleased with himself. Ronnie eyed him suspiciously. “What’re you looking so smug about?” he asked. Gary sipped his pint, smirked and said, “I’m moving in wi’ ahr Gert on Monday. We’ve gorra  place in ‘ucknall.”
“And that’s a cause for celebration, is it?” enquired Les.
“fuckin’ ell, is it ever! Can’t wait, mate. Gonna be ace. Fry-ups for brekker every day and blow-jobs on tap!” cackled the soft twat.
I choked on my pint and managed to splutter, “If you really think…” before a sharp and brutally-placed elbow buried itself in my ribs. I glared at the owner of the elbow, Mog, my father-in-law. “Shut it,” he growled. “No one warned us. Why should he get away easy with it?”
I smirked then.
See? The little things.

Like the blue chips under your dad’s skin and the confusing combo of uncompromising defiance but resigned humour that poured off him in waves. The freezing, bitter winter mornings and the squabbles we had about whose turn it was to get up five minutes before the others and haul the coal and kindling in from the bunker; so it was all ready for the auld man when he came down to fire it up.

Like years after he’d died coming across an old and faded ‘Coal Not Dole’ badge, all greasy and dusty, at the back of a kitchen drawer. Complete with his dried blood still crusted into it. From Orgreave. Thirty-somehing years before. And it still moving you to tears of sadness and anger.

Like polishing his ‘Loyal To The Last’ badge – the medal of honour for working class warriors – with the reverence veterans of ancient conflicts bring to their medals and ribbons.

Like staggering home pissed on a Saturday night, kebab in hand, and – just for a second – a brief panic that, somehow, you’ve got lost. Because the headstocks have vanished. And then remembering that they aren’t there anymore. That they haven’t been there since 1993 when Michael fucking Heseltine closed us down.

Like picking up your eighteen year-old daughter and two of her pals from their shift at Sports Direct and listening to them going on about how badly they’re treated. Feeling the rage building as you interrupt and almost shout, “Join a bloody union, then. Get protected and fight the bastards!” The confusion, the disorientation, the feeling that you’re an alien in an alien land when one of them responds, in all seriousness, “what’s a union, then?”

Like wishing, with all your heart, like you’ve never wished for anything before as much as you do now, that you could wind it back to the start; that you could go back and lose all over again. Because even losing is better than not fighting at all.