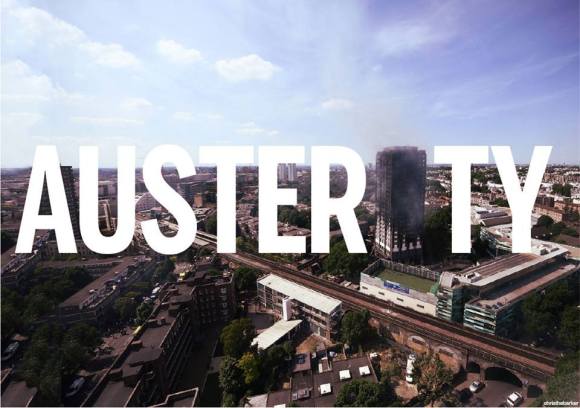 Allow me to pre-empt some wearyingly predictable liberal condemnation heading your way.

When the riots start be careful not to get trampled underfoot as liberals and reactionaries alike bolt for the moral high-ground. Watch out for the pious; the sanctimonious; the mealy-mouthed; the people who always see unruly protest as something worse than the injustice, the oppression, the social cleansing that triggered it.

Remind them that the freedom to voice their bourgeois indignation, along with the freedom to vote, to control their own fertility, to protest, to join a trade union, to have Saturday and Sunday off work, to even get paid for work and a great deal more, were only won by centuries of often violent struggle. They give us nothing but that which we take.

Riots are the final resort of the marginalised and disenfranchised. There can be no condemnation by anyone aspiring to humanity.

Dorset Eye currently have a thread on lowering the voting age to 16, on their page, which is worth your time. I was thinking about this as I pulled into Beaconsfield services, earlier today. Where, lo and behold, a toxin of Tories at an adjacent table were discussing that very thing.

The fella at the next table, I subsequently learned, was a visitor to our septic isle and he, like me, shuddered at their discourse. These specimens were The Daily Mail made flesh. Comprising, in the main, perpetually resentful snobs and narrow-minded dullards; terrified some smelly poor person might obtain something they shouldn’t.

They were appalled even at the possibility of a refugee child making it into the country and putting non-existent pressure on the services their party consistently hack to bits anyway. And then reaching the age of 16 and voting for ‘the loony lefties.’

And our indigenous youngsters? “Scruffy oiks pretending to be wogs,” proffered one silver-haired, red-cheeked, polyester-clad monstrosity.

“They shouldn’t be allowed a vote until they’ve done a stint in the army,” responded another.

“Sshhh, you can’t say that!” belatedly cautioned a third.

“Damn their bloody political correctness, I’ll still call a spade a spade,” retorted the first, while sniggering at his ‘pun.’

Their sense of entitlement and cognitive dissonance were at virtually epidemic levels. So, too, was the absence of anything resembling empathy. As I politely interjected to inform them. Along with a couple of other succintly articulated observations…

The point? Only that there are no teens I can even imagine who would be less qualified to make a rational political decision than these grotesque parodies of humanity.

These grasping, hate-filled simpletons; these vacuous, bitter racists masquerading as sentient adults; these greedy, pitiless things are going to kill your future stone-cold dead on Thursday, kids. If you let them. You know what you have to do…

Sack the Tories on June 8th.

The Tories are great at selling arms to, and funding, terrorists, aren’t they? But they’re clearly dreadful at fighting them. Basically.

I mean, if I ever needed someone to sell some guns and bombs for me to, say, a  barbaric medieval  regime, who funds and arms Islamic State, then I’d be all “Yes, Tories! I need Tories! Those guys really know how to get the job done.”

If, on the other hand, I wanted someone to fight terrorists; someone who wouldn’t, for example, recruit a fundamentalist zealot to fight Gaddaffi, pay for his family to settle in the UK and then let his son go to terrorist training camps in Libya and then go on to bomb the Manchester Arena, then I’d look elsewhere.

But the Tory way is clearly better, apparently:-

Facilitate the training and funding of other terrorists to fight our dirty wars and then run around screeching when it all blows up in our faces on the streets of Manchester and London.

Oh, and don’t forget to blame the bloke who isn’t Prime Minister because the one who is, is unfit for the job and has utterly failed to keep the people of this country safe.

Are you really going to vote for the satanic matron who runs Islamic State’s procurement and supply-chain?

Sack the Tories on June 8th.

Truly, there is a sickness at large in this increasingly benighted nation; a degeneration of humanity; a cancer of the soul.

That anyone would choose the next Prime Minister based on who would vaporise the most children and destroy the only planet we’ve got, is beyond obscene.

They aren’t content, these unconscionable ghouls, to steal the food from our children’s mouths; it isn’t enough to saddle them with £50,000 of debt for the cheek of pursuing education; it isn’t even enough for these demented medieval bastards that our mentally ill and physically disabled are bullied into poverty and then hounded to early deaths. Nor that they can laugh and sneer at children drowning in the sea and gleefully rip apart foxes in the name of ‘sport.’

No. It still isn’t enough. We have to bait a potential Prime Minister to commit to nuclear Armageddon. His fitness for office cannot be judged by his compassion. Only by his lust for blood; by his desire to destroy humanity; his eagerness to wipe earth from existence.

Sack the Tories on 8th June.