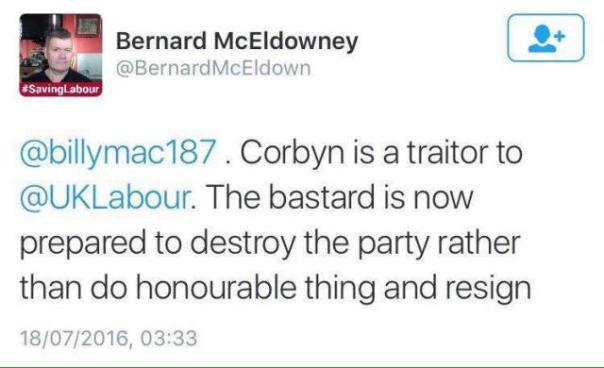 1. ‘Sieze control’ – overwhelmingly win an election fair and square in the face of gerrymandering, rigging and cheating

2. ‘Hard left – traditional left-leaning social democrats who think the market might not always be correct

4. ‘Anti-Semitic abuse’ – being correctly identified at a press conference as someone who has briefed right-wing media against your party’s leader

5. ‘Bullying’ – expressing unhappiness/disagreement with a Member of Parliament

7. ‘Misogyny’ – labelling a female Tory MP responsible for the deaths of disabled people a ‘stain on humanity.’ And/or whatever Yvette Cooper wants to invent at any given moment

8. ‘Unity’ – The desired state of their party for many right-wing Labour MPs. To be achieved by the annihilation of Corbyn supporters, a contempt for natural justice and the witch-hunting and expulsion of those on the left

9. ‘Intimidation’ – local party members discussing the replacement of their MP or prospective parliamentary candidate, via the rule-book in a democratic and properly-constituted manner, in favour of one who reflects the majority view

10. ‘Homophobic abuse’ – derogatory remarks about a female MP’s sexuality that were never said at a meeting she never attended

11. ‘Unelectable’ – used to describe someone who has presided over four mayoral wins, a string of by-election victories and two leadership elections in a year. The second of which returned an even greater majority than the first. Oh, and also attracting hundreds of thousands to your party making it the biggest social democratic party in Western Europe

15. ‘Moderates’ – MPs who hate the working class, trade unions and the Party membership