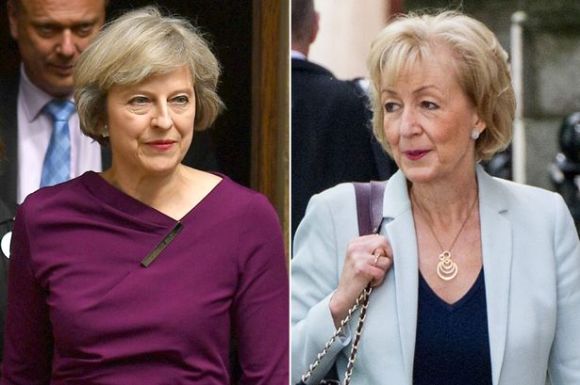 I don’t usually like attacking those who are into ‘intersectional’ or ‘identity’ politics.

In much the same way that new atheists are often simply providing a cover for Islamophobia and Western intervention, anti-intersectionalists are frequently looking for a left cover to justify their sexism and reaction.

Thus, the question of women in politics continues to generate some appalling nonsense. Exhibit A: last year’s Labour leadership contest.

The issue of working class women being excluded from politics isn’t what concerns Suzanne Moore here. It’s the exclusion of women. Period. Irrespective of how fundamentally anti-women their politics actually are.

This sort of thinking reaches its nadir with truly reality-shunning rubbish of the type spouted by Daisy Benson here. Where she actually writes “the only truly progressive thing for Labour to do would be to elect a female leader this time around – no matter what her policies are.”

That isn’t feminism. That’s insanity. It means we should’ve voted for Thatcher. Because she had a vagina.

It’s whining, middle-class entitlement which will do nothing for working class women. Except to ensure their continued exclusion because they aren’t the right type of women. Single mums from council estates, women working three minimum-wage jobs, unemployed women; these are not the women with which the Moores and Bensons of this world are concerned.

Labour had two men and two women contesting the leadership. Kendal and Cooper’s politics were  dreadful; austerity-lite policies which would have done zero for emancipating working-class women. It’s a shuddering irony that the candidate best representing women – Jeremy Corbyn – was a white, middle-class man but hey; them’s the breaks.

The answer wasn’t and isn’t to ditch Corbyn and choose Kendal or Cooper; the onus is on Cooper and Kendal to dump their reactionary politics and start really representing women; not just privileged, middle-class, white ones.

Exhibit B, in terms of spectacle, surpasses even the aforementioned. The Tory Party leadership election also features two women. Theresa May and Andrea Leadsom. The nasty party is, obviously, the most fundamentally patriarchal formation in mainstream British politics. ‘Family values’ and ‘traditional’ mores are the Tories’ home turf. Disgusting, however, doesn’t even come close to accurately describing one woman trash-talking her ‘sister’ because one womb is less functional than another.

Austerity impacts harder on women than almost any other group in modern Britain. ‘Feminism’ of the type supported by either May or Leadsom – and even Angela Eagle, too, for that matter – is the feminism that enslaves. It is feminism concerned only with allowing women access to the machinery of exploitation, alongside men. More women CEOs, greater numbers of female directors and women party leaders will benefit working-class women in no way at all.

As always, the choice is about one type of politics or another; theirs or ours. Their feminism – the opportunity to exploit, disadvantage and disenfranchise – or ours; feminism that enables, liberates and emancipates.