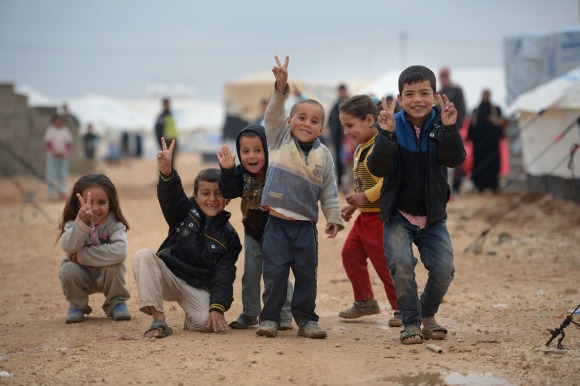 Pete asks, “Is it actually possible to go any lower than to post pictures of dead children to make a political point?” Well, yeah, it is. I mean the bottom of the Mediterranean is considerably lower, right? Or maybe Pete was speaking figuratively. Again, yeah. It’s probably lower to bomb the shit out of another country, topple its regime, leave destabilised chaos in its place and then whine when forced to confront the human cost of such actions.

JJ, bless him, asks, “Is it not more productive to assist in removing the “terror” they are fleeing from?” Auld cynic that I can be, I struggle a wee bit with this. What with how well that line of approach worked in Afghanistan, Iraq and Libya…

And then there’s UKIP. Their prospective parliamentary candidate for Wimbledon, Peter Bucklitsch, Tweeted, “The little Syrian boy was well clothed & well fed. He died because his parents were greedy for the good life in Europe. Queue jumping costs.” Well, to answer the first question posed by Pete. Here you go, pal. I think we have a winner in the how-low-can-you-go inhumanity limbo championship.

My mate Nicki takes a different view. She reckons current events aren’t a migrant crisis. Or a refugee crisis. Not even a humanitarian crisis or all the other labels people wish to attach; which help them avoid facing the real cause of the obscenity of dead children washing up on European beaches. Or seventy-one human beings suffocating to death in the back of a sealed lorry in Austria. Or dozens of people risking death to breach the barricades of Calais and make it to the UK. It is, instead, says Nicki, “a crisis of imperialist warmongering.”

Iraq, Afghanistan and Libya, to name just three horror stories from the West’s centuries-old catalogue of imperialist adventures, have, you might reasonably have thought, proved the case against Western ‘intervention’ beyond doubt. And yet still, as thousands of terrified people flee Syrian killing fields, British politicians agitate for the RAF to officially commence bombing raids in the region.

In the meantime, the unicorns-and-rainbows tendency bleat about ‘British values’ and how the UK’s current response to dead brown people is an affront to those values. It’s certainly an affront, alright, but to ‘British values’? What, do tell, are they, exactly?

This? “The problem we’ve got now if you look at the definition of the EU’s common asylum policy if includes anyone fleeing from a war torn country and it even includes people fleeing extreme poverty”
– Nigel Farage

Or this? “…you have got a swarm of people coming across the Mediterranean, seeking a better life, wanting to come to Britain because Britain has got jobs…”
– David Cameron

Or maybe it’s the British media who best define ‘British values.’ Values which appear to be indivisibly synonymous with the virulent racism, bigotry and xenophobia which can be discerned from even the most cursory glance at any one of our national rags. They include immigrant-bashing, unquestioning obsequiousness regarding the Monarchy, a pathological hatred of the poor, a love of British-English nationalism and woman-hating all mixed up with a creepy and disturbing obsession with adolescent and pre-adolescent celebrity sexuality.

Aye, ‘British values’ eh? Springing bloody and filthy from the legacy of imperialism. A centuries-old global campaign of invasion, subjugation, genocide, land and resource-theft. Britannia ruling the waves and never, ever being slaves while enslaving over half the world.

Most of what we in the UK enjoy today was paid for by the blood of those in the Colonies, as a huge post-war transfer of wealth from abroad to the UK was overseen. The tab was picked up by those at the sharp end of British imperialism. For all Labour’s claims to socialism at home, overseas the Attlee government was as reactionary as any other, overseeing the founding of NATO and enthusiastically prosecuting anti-communist and pro-colonial anti-insurgency campaigns all over the Middle East, Africa and Asia.

The empire is gone but the old imperialist mindset lives on. In the arrogance and stupidity of those who really believe Aylan Kurdi drowned because his parents wanted subsistence-level benefits. Benefits to which they wouldn’t be entitled and wouldn’t receive anyway.

It rears its vile head when a patrician millionaire old Etonian Prime Minister worries more about white, British holiday-makers suffering some inconvenience by brown people dying and fleeing in fear and dread.

So what’s the solution? We start by saying stuff their money smoke-screen. Stuff it up hill, down dale, doon the brae and round the corner. And then all the way back again. We have all the money we need. Over a hundred billion to renew weapons of mass destruction and countless millions spent on maintaining an unelected, unaccountable feudal relic, to give just two examples.

Our starting point should be that no child dies fleeing in terror while we stand coldly and idly by. Not one. Not ever. Let’s start there and then and only then we – in the sixth-richest nation on earth and the cause of much of the horror from which these people are fleeing – can have a chat about the cash. Maybe, then, we’ll be forced to make the choices too many of us are too greedy, too selfish and too scared of making…

If we can find £380 billion to save greedy, criminally negligent and corrupt banks, we can find the money to save children from washing up on European beaches.

3 replies on “Holidays in the Sun”

excellent piece of writing, cant believe fellow human beings can be so outrageously cruel and blinded. Shame on them

Reblogged this on Bampots Utd.