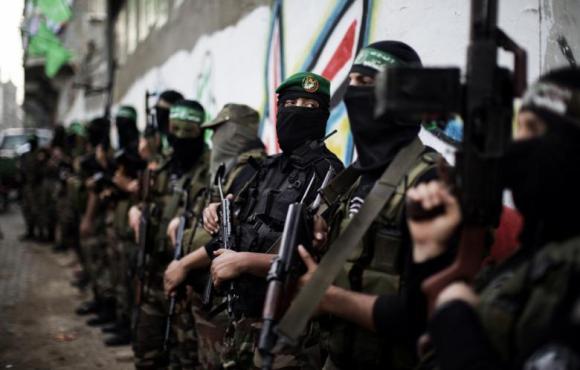 It is believed that the deaths yesterday of three high-ranking commanders of Hamas’s military wing, the Al-Qassam Brigades, were facilitated by intelligence given to Israel by Palestinian spies inside Gaza.

The trio are Raed Attar, imprisoned for five years by Israel and who, Israeli intelligence sources claim, was the mastermind behind Hamas’s tunnel network, as well as overseeing the operation that led to the 2006 capture of IDF soldier Gilad Shalit, Abu Shamala, South Gaza Military Operations Commander and Mohammed Barhoum, a senior quartermaster and finance chief.

US news agencies also report that the targeted strikes killed Izz ad-Din al-Qassam Brigades Commander-in-Chief, Mohammed Deif. While Hamas have yet to confirm this, it is known that Deif’s wife and baby son perished in the attack.

In response Hamas has executed a number of people in retaliation for allegedly spying for Israel. Twenty-one suspected informers were executed in three batches with a Hamas spokesman stating that “The same punishment will be imposed soon on others.”

A press release issued in the name of the ‘Palestinian Resistance’ said the executed were “collaborators who betrayed their religion and sold their people and land for a cheap price, and achieved many missions for the enemy”.

As with much surrounding the conflict, these events have been liberally seasoned with predictable cant and double-standards.

Hamas has been condemned in Western media outlets and by various human rights organisations yet many of these same organisations have remained silent on Israel’s extra-judicial murders.

It would be naïve to automatically assume Hamas has ensured a strict application of due process and natural justice for the accused spies, prior to their executions, and should such be the case, then the organisation will be in contravention of the relevant international statutes governing conduct during times of war. That said, the New York Times quotes a Hamas official saying, “The judiciary procedures and measures were completed against the accused.” However, much of the outrage is focused on the executions themselves, as much as the presumed absence of fair trials for the accused.

Palestinian law provides for the execution of spies and traitors, in much the same way as many states around the world. The Geneva Convention allows the execution of spies as do The Hague Convention and the International Criminal Court. All of which state that non-uniformed combatants engaged in espionage shall not be treated as prisoners of war and may be prosecuted by the country against which they are spying. This can include the death sentence for those convicted.

Regarding any abuse of due process, one can only wonder at Israeli and Western bourgeois hypocrisy. After all, if true, Hamas is merely emulating the governments of Israel, the UK and USA. Extra-judicial killings, rendition flights, torture and detention without even charge, never mind trial, at Guantanamo Bay, all appear to be perfectly acceptable.

Interestingly, Israel’s use of Palestinian collaborators is widely known to rely on extreme pressure and blackmail. Which in itself is a serious breach of Article 82(b)(XV) of the Rome Statute of the International Criminal Court, which explicitly proscribes, “… compelling the nationals of a hostile party to take part in the operations of war directed against their own country.”

All the above aside, the issue, in essence, can be reduced, yet again, to oppressors insisting that those who they oppress follow rules advantageous to their oppressors. Israel and its Western allies aren’t satisfied with occupation, murder and imprisonment of the Palestinian people; they even want to dictate how the Palestinians resist.

Under the circumstances, there is only one rule that should morally inform Palestinian resistance and that can be summed up by the following slogan – By Any Means Necessary. If that means, to borrow an old Irish Republican slogan, that touts will be shot, then so be it.

Is that the way you justify murder? “Look at what they are doing over there”? [without any analysis of what, why, or even whether]
Hamas follow the morally (and intellectually) bankrupt doctrine. No wonder you apply the same bankrupt moral principles in justifying their actions.
By the way, if you don’t know what the word hypocrisy means, no wonder you can’t employ the word correctly.

I’ve laid out the legal and moral case. It’s indisputable that even at its worst, Hamas’ actions are no worse than those of Israel, USA and UK. You haven’t actually addressed a single specific point I’ve made and shown where my reasoning is flawed.
If you accuse me of justifying murder then, presumably, you also accuse Israel, USA and UK for their extra-judicial murders?
As for hypocrisy, the first hit the Google throws up reads, “the practice of claiming to have higher standards or more noble beliefs than is the case.” I think my understanding and deployment of the word couldn’t, therefore, be any more apt. That’s Israel in a nutshell!

Reblogged this on seachranaidhe1.

Thank you. The hypocrisy does my head in!